Xiaomi is a well-known brand in the world. There is nothing the company does not produce starting with small things like electric toothbrushes and ending up with 65 in TVs. The first robotic cleaner released by Xiaomi was the Xiaomi Mi robot, which was produced by Roborock Technology Co. Ltd, a fast-growing Chinese company that specializes in the research, development, and production of robot vacuum cleaners. Roborock also produces robot vacuums under its own brand. You can find the difference between all the Roborock models in this comparison.

At this moment, we have a few models released under the Xiaomi brand in partnership with other robot vacuum manufacturers.

The Xiaomi Mi Robot is the oldest robot vacuum in the family. In April 2019, released an improved version of this model — the Xiaomi Mijia 1S Robot Vacuum. It has an upgraded laser distance sensor and, in addition, a camera sensor with the AI image recognition that allows the 1S to recognize rooms and identify doors between these rooms, so now you can send a command to clean a specific room. Alongside with the Conrtex - A7 processor, it creates a more accurate map and has more advanced navigation algorithm. The company claims, the Xiaomi Mijia 1S provides more efficient cleaning, improved up to 13% compared to the first generation Xiaomi Mi Robot. The upgraded model can store multiple maps which makes it perfect for homes with more than one level. It also has a better suction power of 2,000Pa.

In August 2019, the company produced the first 2-in-1 robot vacuum Xiaomi Mijia STYJ02YM that can do mopping and sweeping, has stronger suction and bigger container.

In October, the company released a new budget robot vacuum equipped with a visual sensor — the Xiaomi MiJia 1C. It has the strongest suction power in the industry and a budget price tag.

Virtual walls & restricted area is a feature that prevents the robot from going to certain areas such as cluttered zones or kids rooms. Overall, this option keeps the robot off unwanted areas.

What is zoned cleaning?

Zoned cleaning is needed when you need to vacuum high-traffic areas or messy zones. By drawing a rectangle on the map, you let the robot know where it should work. The feature is similar to the room cleaning, although zoned cleaning is more specific.

What is room cleaning?

The room cleaning is helpful when you don’t want to clean the whole house, only one or a few rooms. Once a robot creates a map, it divides the map into separate areas which you can merge or divide the way you want and even name each zone. Further, it will help the robot know where exactly to clean. You can also schedule the robot to work in a particular room or two at a specific time.

Lidar or the LDS laser is a technology that uses to build a map of a cleaning area. It scans the surrounding and creates a plan of the floor. Now the robot vacuum knows where it needs to clean. Mapping helps the robot to navigate more efficient since it doesn’t go over the same spots twice also saving battery life. Cleaners that are guided by Lidar finish cleaning faster. Xiaomi robot cleaners are equipped with the LDS laser. The Xiaomi MiJia 1S, in addition to the laser, has a visual sensor.

Robots that don’t have mapping bouncing around until their battery dies, they don’t learn your floor plan.

Yes, it does matter if you live in an average to big size house. Normally the cleaners that have mapping cover more area for the same time the ones that randomly move do. If the robot that does not learn your home layout has 110 minutes of battery life does not mean it will cover the whole house on one charge while the one that remembers your floor plan will clean everywhere until it finishes the cycle.

The longer a robot lasts the more it will cover on one charge before finishing cleaning.

The Xiaomi Mi Robot and MiJia 1S run for the whole 2.5 hours while the latest Xiaomi STYJ02YM can do the job for up to 110 minutes which is also a good result but it would need more time to cover a bigger house.

This is why the MiJia 1C which lasts up to 40 minutes is not suitable for bigger homes.

What is recharge & resume?

When the battery runs lower than 20%, a robot automatically returns to the charging dock, juice up to 80% and then resumes cleaning from the same spot it left off. Mapping allows the robot to know where it has been so it knows exactly where it was before needed to go charging. This feature is useful for people who have big homes, it helps the cleaner to cover a bigger area on one charge. 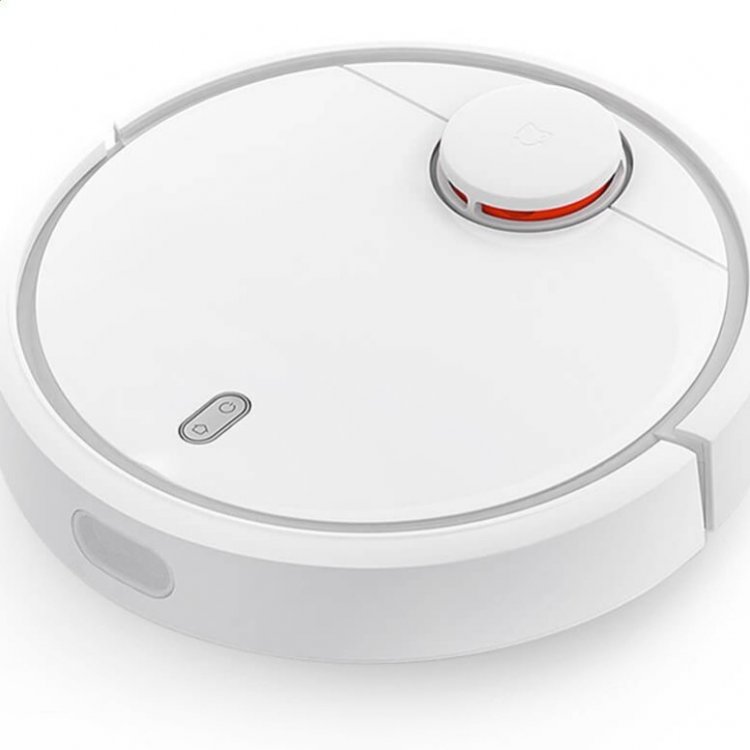 Supports zoned cleaning and is equipped with a long-lasting battery.
$260 from Gearbest

The Xiaomi Mi Robot is the first robot vacuum that was released in 2016. It is equipped with a HEPA filter that makes the robot safe for allergy and asthma sufferers. Equipped with 12 sensors including the LDS laser that helps to create a map of the cleaning area, the Xiaomi navigates in a back-in-forth pattern safely avoiding furniture and falling offs.

Because of a processor inside you can track the Mi Robot movements in real-time by using the app. It helps to understand where the robot has been and where it needs to clean.

In the Mi Home app, you can switch between cleaning modes, schedule the machine to work at a specific time, start/stop the robot, etc.

The Mi Robot supports zoned cleaning. It is helpful if you want the cleaner to pay attention to some areas more than to others.

Equipped with a 5,200 mAh battery, the robot lasts up to 150 minutes before needs to recharge covering about 2691 ft2 / 250 m2. Other than battery life, the Mi Robot has a 15 mm climbing ability which makes it not suitable for thick carpets. It does have strong suction delivering 1,800 Pa but because of the wheels that can’t cross some obstacles, it is almost impossible for the vacuum to go on thick carpets.

Nevertheless, the Xiaomi Mi Robot does a superb job on bare floors and carpets, safe for those who suffer from allergy and asthma and is perfect for big houses.

Get the Xiaomi Mi Robot if you: 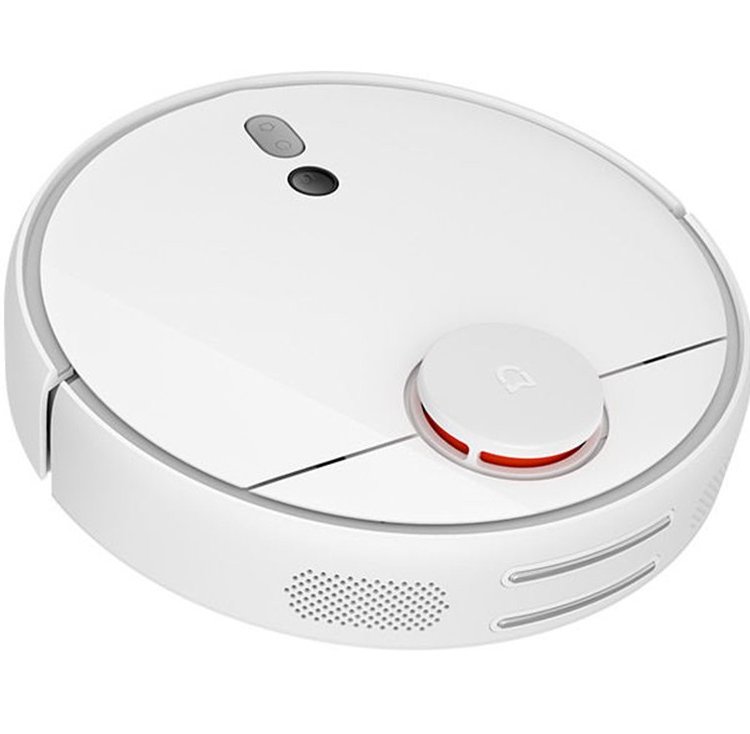 Guided by the LDS laser and a visual sensor

Has a long-lasting battery, supports zoned cleaning and restricted areas. Can recognize rooms thanks to the visual sensor. Because of the HEPA filter, the robot is suitable for allergy and asthma sufferers.
$370 from Gearbest

The Xiaomi Mijia 1S Robot Vacuum is the second model in the family. It has stronger suction than the Mi Robot and more smart features.

Aside from the LDS laser, the robot also equipped with a visual sensor for a more precious mapping. It has a newer processor than the Mi Robot does that builds a map faster and helps to create a more efficient way of cleaning.

It supports the same features the Mi Robot does and in addition, the robot has blocked off areas and can directly work in a specific room. Thanks to the visual sensor, the MiJia 1S recognizes rooms by dividing the map into separate rooms. When the map is created, you can schedule the cleaner to work in the kitchen/bedroom at a specific time. This option is useful if you don’t need to clean the whole house.

The new MiJia 1S supports multi-floor which means it can save up to 3 maps and is suitable for multi-story houses. This feature is still in beta and might not work correctly.

RELATED: The Newest Xiaomi Mijia 1S Robot Vacuum Released: What We Know About It So Far?

Get the Xiaomi MiJia 1S if you: 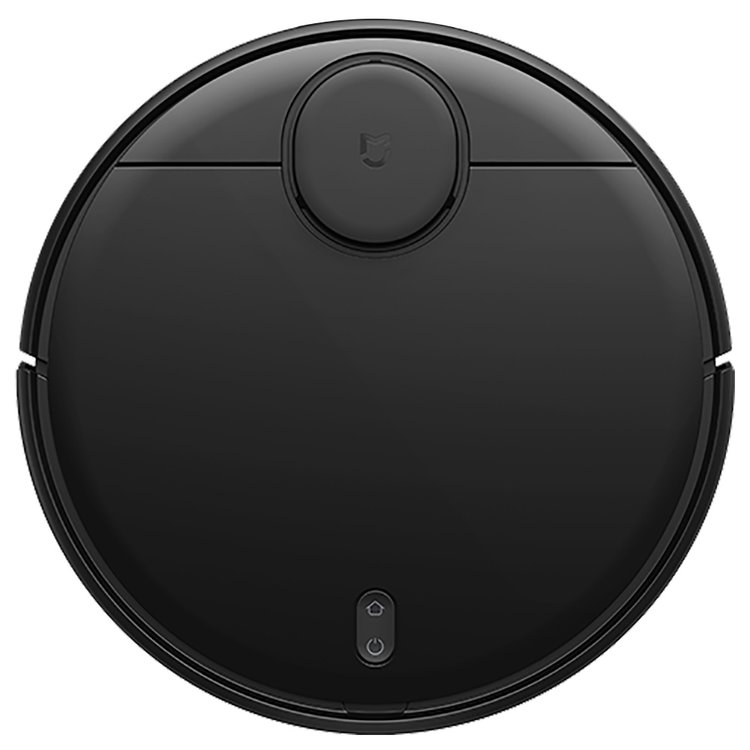 Can do mopping/sweeping, mopping and sweeping

Has a bigger container, and a unique 2-in-1 water tank. Can directly clean in a particular room. With a good crossing ability and strong suction, the robot can work on carpets. Follows a Y-shape path in mopping mode.
$360 from Gearbest

The Xiaomi Mijia STYJ02YM is the first robot vacuum in the family that does mopping and sweeping. Equipped with a HEPA filter, the robot is safe for allergy and asthma sufferers. The climbing ability increased from 0.59 / 15 mm to 0.79 / 20 mm and now the robot can go on thick carpets and cross thresholds.

The most significant update of the latest model — mopping function. The robot has two containers in the box, one is for dust and the other one is for water and dust. There is also a full water tank option available to buy separately if you need the tank to hold more volume. Also, it comes with two mopping cloths, one for wet mopping, the other one for half wet mopping. The robot follows a Y-shape path in mopping mode. It helps to mop more efficiently. The Xiaomi has three water level control for different mopping needs.

The Mi Home app supports virtual boundaries, zoned cleaning and also room cleaning. It can be scheduled to work directly in a certain room or two. Thanks to HEPA filtration, the robot is safe for people who suffer from allergy and asthma.

Get the Xiaomi MiJia STYJ02YM if you: 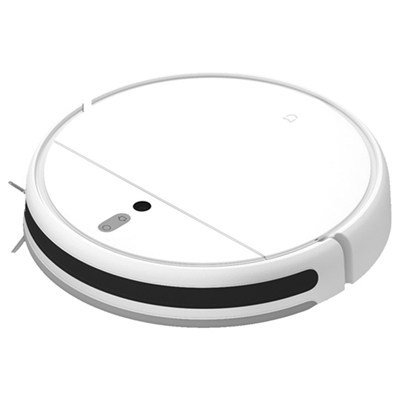 Equipped with a visual sensor and has the strongest suction power among other Xiaomi robots.
$259 from Gearbest

The Xiaomi MiJia 1C is the newest budget robot vacuum that can do both sweeping and mopping at the same time. It is safe for allergy sufferers because of its washable HEPA filter.

The robot is equipped with the largest dustbin among other Xiaomi models thanks to which it is ideal for pet hair. The 1C delivers 2,500 Pa suction which sounds impressive but do not fall for the suction because the newest model does not have the biggest battery, its 2,400 mAh battery lasts up to 40 minutes on one charge but goes to automatically recharge when it’s out of power.

Because of the short body (lack of LIDAR), the Xiaomi MiJia 1C fits under most furniture.

The robot has two separate containers: one (600 ml) for dust and the other one (200 ml) for water. Because of strong suction and good climbing ability, the 1C is suitable for carpets.

Get the Xiaomi MiJia 1C if you:

Price & Where to Buy

The Xiaomi Mi Robot is a budget model and lack many useful features but still can be a good helper for those who are looking for a budget machine and don’t have thick carpets.

If you need mopping, extra suction, a bigger container and better cleaning performance, consider getting the Xiaomi Mijia STYJ02YM. It is a high-end model with many smart bells that is suitable for homes with carpets, bare floors and pet owners.

Last but not least, if you live in a small home with carpets and some bare floors, need a budget cleaner that can do mopping and sweeping, have a look at the Xiaomi MiJia 1C, it is an ideal choice for those who don’t want to go out of budget yet want a powerful robot vacuum.