There are not much changed in the design except for the top buttons which we've seen in other models too so let's not stop on the appearance. We want to know what has changed, what the company has brought this time. There is not a lot of information about the Roborock T7 at the moment, this is what we know so far.

In short, the robot finally gets full multimap support. Sounds exciting, huh? Another improvement is a big water tank with electric water level control we have seen implemented in the latest Roborock S5 Max. Another thing Roborock has made is stronger suction. The new model is the most powerful in the family yet it will not be as quiet (on max mode) as the Roborock S6 at least what specifications say. The Roborock T7 has the most precious navigation which looks impressive considering the fact that the previous models are nearly perfect in terms of navigation. 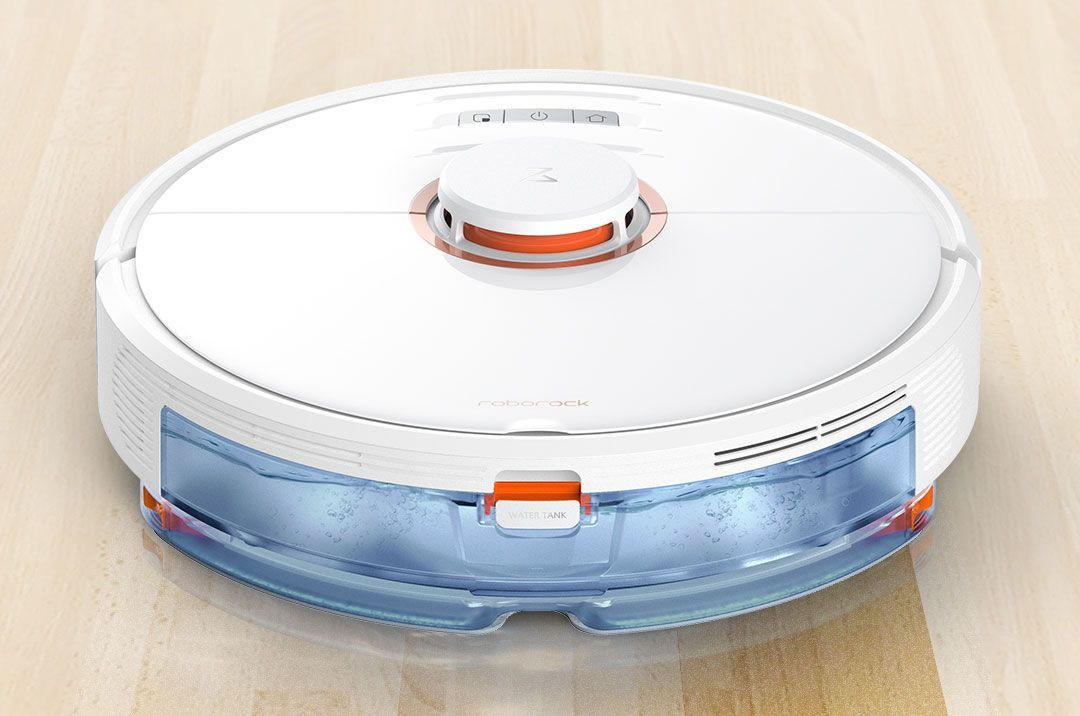 Some rumors say that it also can recognize obstacles on the floor and avoid dog poops, however, we can’t find proofs about this.

Roborock T7: what is new

So let's get right into the details.

Roborock robots are known for the best navigation in the industry but the company didn't stop at that, they continue improving algorithms and the newest T7 has something to tell us.

CPU in tandem with GPU gives you a more accurate and stable map. The GLSLAM algorithm allows the robot to reposition when it is being moved without losing the data. When the environment changes, it will be shown on the map too so the robot will not get confused when you open the door that was closed during mapping. 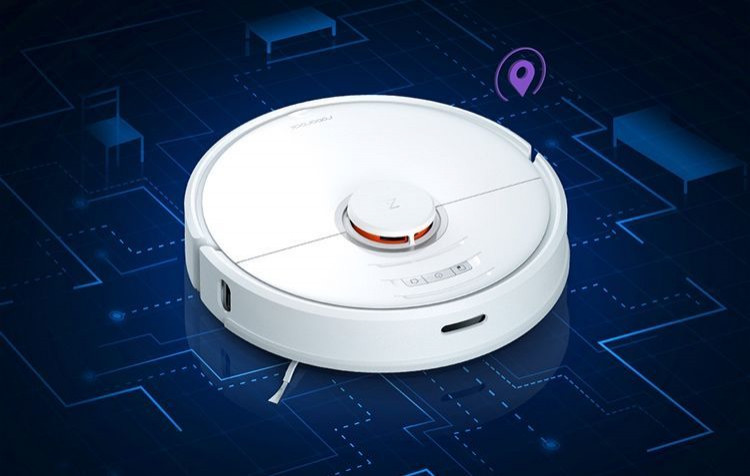 A new intelligent RR Mason 7.0 technology optimizes navigating pattern reducing a change for the robot to go to the same spot twice. The path is more efficient around chair/table legs, etc. When the robot return to recharge, the system will load more obstacle information to choose a new smarter route.

Another improvement the engineers have been working on is how to avoid getting stuck. The Roborock T7 knows 3,000 ways of how to escape if needed.

And that is leading us to the next new most-wanted feature: multimapping.

We've been waiting for this feature for so long. The Roborock T7 now stores up to 4 maps. That's right, full multimap support. Moreover, the algorithm is able to recognize the robot's location (room and floor) meaning you don't have to pick the map manually in the app.

If you want to run the Roborock downstairs, just move it there, it will start working and recognize where it is.

The newest model is the most powerful robot in the family. It delivers 2,500 Pa of suction which is one of the strongest in the industry.

Along with strong suction, the robot is also able to recognize carpeted surface. When it is on one, the T7 boosts suction to the highest level providing the best cleaning performance.

A 5,200 mAh battery ensures 2,5 h of continuous cleaning (on low settings) which is equivalent to 250 square meters.

Normally it is enough to cover a big house but in case the robot did not finish the job, it returns to recharge up to the battery level it needs to finish the cleaning, after which it resumes cleaning from the same spot it left off.

How efficient is the mopping system?

The Roborock T7 has the same mopping system as we have seen in the Roborock S5 Max. It has a large 280 ml water tank with an electric water level control. 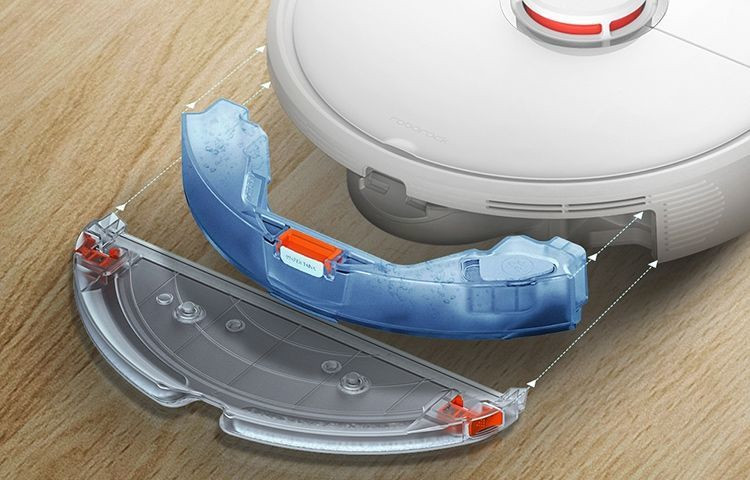 In the app, you can control the water dripping level depending on your needs. Moreover, you can customize in which room you want the robot to do easy tasks setting it on the low or high water level. You will not find such settings in any other robot vacuums (except the Roborock S5 Max).

In the app, you can set where the robot should or should not go, order it to clean a specific room, set no-mop zones (the unit will avoid carpets in mopping mode), etc.

Another nice option is the customizable settings. You can set a certain suction power and water level for each room once and the robot will switch between the settings even on the schedule.

Other than that, you can track the robot in real-time, see where it has been and where it still needs to clean.

Not clear about this one but it seems like the Roborock T7 is going to be compatible with both apps: Mi Home and Roborock.

The Roborock T7 is going to be compatible with Google Home and Amazon Alexa. If you have any of these, you can control the robot with your voice.

Unless other robot vacuums that come with a one year warranty, the Roborock T7 has a two years warranty.

Where to buy & how much it costs?