The new model is equipped with both Laser and SLAM algorithm to build a high-precious map. There are 24 types of sensors housed all over the body.

The new model has a 5,200 mAh battery and can last up to 3 hours which is equivalent to 300 square meters on one charge.

It supports virtual walls and virtual mopping walls, your carpets will be safe with the X90. Apart from this, the 360 have zoned cleaning, selected room cleaning and scheduling. It is capable of storing multiple maps and climb a 20 mm (0.8 in) obstacle. 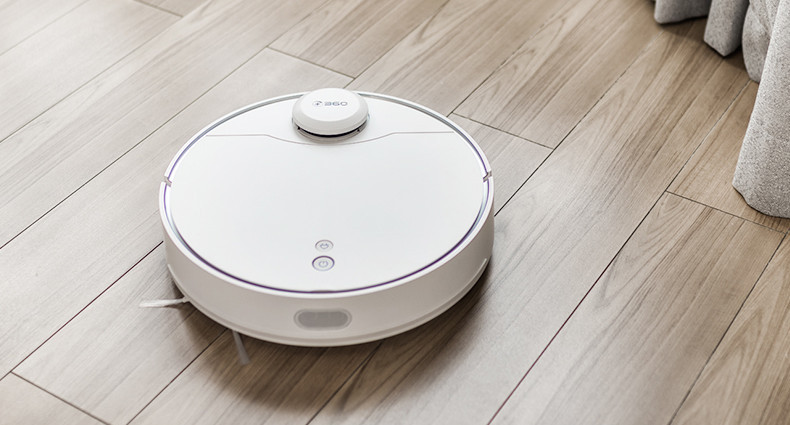 The robot is coming with a remote control in the box for those who find it easier to use the physical controller other than the app.

The water dripping level can be chosen via the app and it is the first robot from 360 that has this option. The robot can work up to 100 min in mopping mode.

The robot delivers 2,200 Pa of suction making it is the most powerful model in the line.

Overall the 360 X90 looks like the 360 S7 with some improvements such as stronger suction power, additional SLAM system and water leaking control.

Side note: we don't know if the X90 will be officially selling on the US or European market, but we do hope it will since the features looks promising.

Roomba i7+ is now available on Gearbest

iRobot Braava Jet 240 vs. 380t vs. M6: The Difference Between Mopping Robots

Veniibot Venii N1 A robot That Knows When Not To Mop?

To get a full map the fastest is do a side sweeping. BTW the newest firmware seems to brick my mopping function. The ful ...
Viomi V2 vs Roborock S6: the Differences Explained
Natalie Red 28 march 2020, 05:11

Thank you. I still think the MiJia 1C is the best you can get for around $200. Someone in the comment section mentioned ...
Xiaomi MiJia 1C Review: Impressive Cleaning Performance at a Reasonable Price
Natalie Red 28 march 2020, 05:05

It's hard to measure, officially they both run up to 150 minutes and I was wrong when said the S6 works longer because t ...
Roborock S5 Max Review: Better Mopping Experience at a Reasonable Price
k 27 march 2020, 17:12

great review, thanks! Its been more than 3 months now, how is your experience so far? Would you still recommend?
Xiaomi MiJia 1C Review: Impressive Cleaning Performance at a Reasonable Price
Esko Haapaniemi 26 march 2020, 17:41

I have read somewhere that both S5 Max and S6 have 180 min working time (depending of used power). Thanks for this ve ...
Roborock S5 Max Review: Better Mopping Experience at a Reasonable Price
Marco 26 march 2020, 08:36

The extra filter that came with, is not inside a blue casing. Do u remove the blue casing from the old one and use it?
GOOVI Robot Vacuum Cleaner