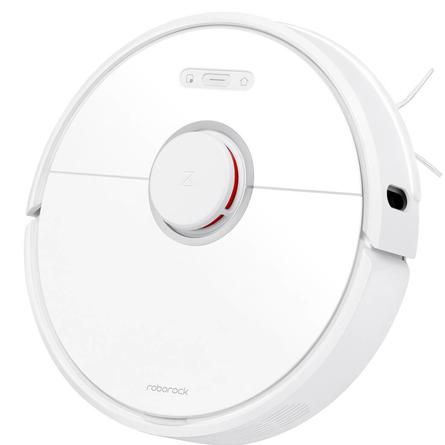 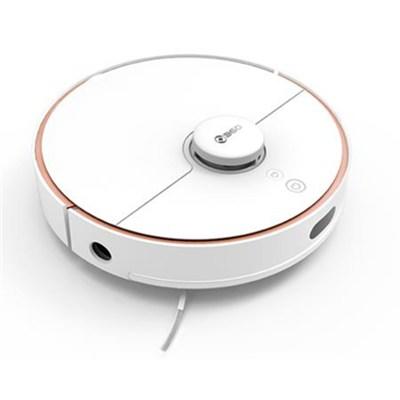 The main noticeable differences are about the apps.
I like that the 360Smart is more user-friendly, has a minimalistic menu bar and you can get anywhere you want by one simple tap.
On the other hand, the main menu of the Mi Home app looks a bit more minimalist if you need some simple actions like starting the robot, choosing the room it should clean, set cleaning zones/no-go zones, and so on. However, getting to the remote control or schedule menu is a bit tricky.

Merging/Dividing zones. When the robot finishes cleaning, it automatically divides the map into separate areas (rooms). The Roborock S6 allows changing the way those zones are separated. You can either divide or merge the areas manually. The 360 S7 does not have this option. When the robot is done mapping, it intelligently divides it into separate rooms, and you can not do anything about it.

No-Go lines. Both models support drawing a rectangle, but the Roborock S6 also has a feature of setting lines.

Map rotating. The 360 S7 is the first robot we have tested that allows rotating the map. This option is helpful when a place has a long narrow corridor, and it might help to observe it better.

Scheduling by room. With the Mi Home app, you can schedule the Roborock to work in a room (or two) at a specific time, choose the cleaning mode the robot should be working on, should or should not the cleaner repeat this cycle and when. If you want it to clean the kitchen at 6 PM and the living room at 7 PM, you have to make two scheduling settings.

With the 360 S7, scheduling is a bit different. You can set when to repeat, start, choose between cleaning modes. But when it comes to picking cleaning area, there are two options: cleaning an entire house or room cleaning priority area. When choosing the last one, you only have one option to set by picking a room or a few to clean, and it cannot be changed. If you want the robot to clean the kitchen, then a living room and the next day the bedroom, it won't work this way — only the areas you have chosen once. But when setting a few rooms to clean, you can prioritize which one to clean first. The Roborock would calculate the route on its own.

Each of these robots does a great job at cleaning carpets. They both have amazing features such as selected room cleaning, zoned cleaning, restricted areas, etc.

In terms of cleaning performance, they both do about the same and are suitable for deep carpet cleaning and pet hair.

If you live in a big house and battery life matters to you, have a look at the Roborock S6.

If you don't want to spend more but still want to get a decent robot vacuum cleaner with about the same features, consider buying the 360 S7. 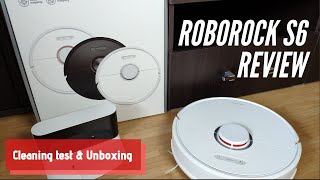 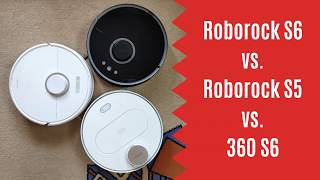 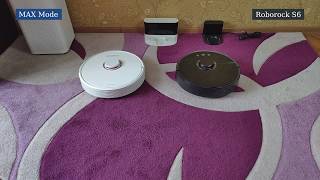 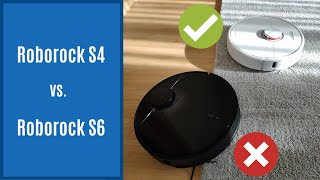